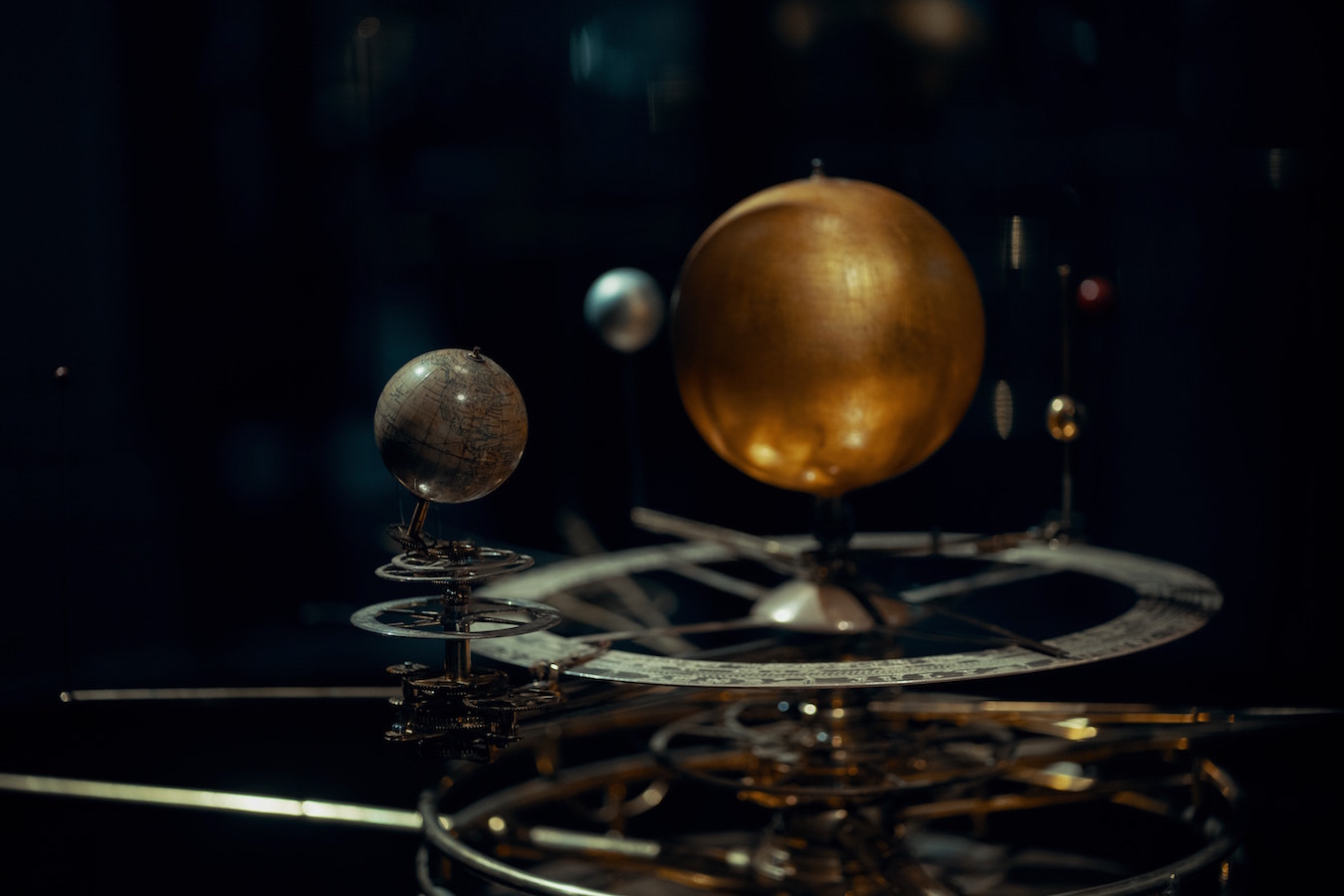 Some years back, at Herschel Museum of Astronomy in Bath, I was re-introduced to the orrery: a model of the solar system, based on Newtonian physics, clockwork and orderly. We’ve realised now that orbits actually wobble and vary; chaotic cosmic happenings occur; the energy of the universe is far from predictable.
Too often, we think in a linear way, when life too is wonky, errant, and surprising. And so it is, the organic orrery of the writing life: we set off on one course, rocket to other planets, realise they’re not inhabitable (sometimes even toxic), before plotting a new course to see where that takes us. It’s a little of the pioneering spirit of the original Star Trek with – in my experience – a goodly serving of the slapstick of Futurama.
I see The Writer’s Cycle as a little orrery reflecting experiences. I recognised some lifeforms and felt kinship with all three of the Emerging, Continuing and Writer-Facilitator beings. Sometimes, I’m one orbiting another – a little space station or satellite, observing. There were customs and habits I recognised in all of them. There are days I’m all three: changing shiny costume / pointy ear prosthesis as I go.
There were other familiar aspects to the worlds and moons of The Writer’s Cycle orrery too. The themes of Discovery, Connection, Craft and Transformation arose in memories of my travels:
In one scene, I ask a group of primary age kids to come up with Nom de Plumes and writing superpowers – inviting them to inhabit a different writerly identity as we launch ourselves into the project (Max Literacy).
I recall being the ‘alien visitor’ as First Story Writer-in-Residence in schools, acquiring notebooks and pens for groups, inviting them to decorate and inhabit them. Giving them permission to imagine a book as a different kind of space, unpredictable, non-Newtonian.
Through various projects, including Beyond Words (Cheltenham Festivals), I’ve also realised the value of empowering writers that their obsessions and geeky hobbies aren’t in the way of writing, they are your writing. (For example, it turned out my sci-fi watching wasn’t in the way of my blog writing…)
And whizzing between all of these planets is the (Astro-)Poet Caleb Parkin – carrying supplies and ideas, writing his way around this strange, wobbly cosmos. I invite you to think of your own writing life as just such an organic orrery. Build it with beachballs, raisins, lightbulbs – whatever you have to hand. Keep rearranging them. And look out for that little spaceship between them all, because its wobbly and varied course will be uniquely your own.

Caleb Parkin is a day-glo queero techno eco poet & facilitator, based in Bristol. He won second prize in the National Poetry Competition 2016, first in the Winchester Poetry Prize 2017, and various other competition shortlists. He has poems published in The Rialto, Poetry Review, Under the Radar, Butcher’s Dog, Coast to Coast to Coast, Strix, Magma, Envoi, Lighthouse, Finished Creatures, Tentacular and Molly Bloom. He tutors for Poetry Society, Poetry School and First Story. In 2019, he completed an MSc in Creative Writing for Therapeutic Purposes through Metanoia Institute and was awarded Arts Council DYCP funding to explore queer ecopoetry in his first collection. From October 2020, he’ll be the third Bristol City Poet.